Even after 15 years of the release of the blockbuster movie “Bhool Bhulaiyaa”, the fans still hold a special place for this movie. Adding a cherry on the top, the makers announced the second part of the film series “Bhool Bhulaiyaa 2”, directed by Anees Bazmee and produced by Bhushan Kumar, Krishan Kumar and Murad Khetani. The film releases the next month on the 20th of May, 2022.

The first film starring Akshay Kumar, Vidya Balan, Rajpal Yadav, Ameesha Patel, Paresh Rawal and some other actors featured a comedy horror story. It tells the story of an NRI man who visits India with his wife. They decide to stay in his ancestral home. Despite various accusations of a spirit haunting the house, they decide to stay there. The couple is warned to not open the door of a room where the spirit resides. But the wife opens it carelessly and that leads to terror all around the house. The NRI contacts his psychiatrist friend to help them. The psychiatrist discovers that the wife faces an identity disorder, which transforms her into a spiritual creature at night. The mystery gets solved and the family lives happily ever after. The movie was directed by Priyadarshan and produced by Kishan Kumar and Bhushan Kumar.

The teaser presents us with a glimpse of a silent haveli as the song “Ami Je Tomar” plays in the background. As the camera moves towards a closed-door, chandeliers turn off one by one to immerse the haveli in darkness and create a sense of horror in the film. We can spot a spirit who wakes up in rage as the lock of the door breaks open by itself. The teaser also shows the arrival of Kartik Aaryan as the Rooh Baba. He wears a black kurta instead of Akshay’s mustard one in the original. Rajpal Yadav assists Kartik as he enters the haveli.

The Cast of the Film

The upcoming handsome hunk of B-town definitely has a lot cooking for him. After a few failures in the industry, Kartik finally started receiving a few big projects and opportunities to work with the established stars of Bollywood. The actor comes out in the role of Rooh Baba, dressed up similarly to Akshay Kumar in the first part of this series. Kartik wears a black kurta with black salwar and a bandana cap, as described in the teaser. But in the posters released, Kartik dresses up like Akshay in the mustard kurta-salwar with a bandana cap. He posts on his social media regularly about the film. The shoot locations, such as Rajasthan, look mesmerizing on his Instagram story. The actor also took to Instagram to share a picture of the dubbing studio, which tells us that Kartik Aaryan dubbed for the sequel. See his look at https://www.instagram.com/reel/CckmbVmjmmb/?igshid=YmMyMTA2M2Y=

A report suggests that Kartik Aaryan who acted dedicatedly for the dramatic climax scene for this film lost his voice. A source also informs that the climax includes a lot of drama and action. Kartik plays the role of a ghostbuster, whose role requires indulging in a lot of screaming and shouting. The actor took the role very seriously and dived deep into the skin of the character so much that he kept shouting and screaming. Due to this, a problem arose while shooting. However, he has recovered and is in a fit condition right now.

The gorgeous Kiara Advani made her way to some of the most loved films of Bollywood, such as Shershaah and Kabir Singh. She made her debut film “Fugly” in 2014. After the BB 2, she is so decked up with the upcoming projects that she hardly can choose any other movie right now. While the fans await the release of this film, she took the social media by storm a day before yesterday by introducing her look in the film. See her look at https://www.instagram.com/tv/CcmfYl8gGNF/?igshid=YmMyMTA2M2Y=

She shared a motion picture in which she wears a petrified expression on her. The makers introduced the character with the name “Reet”. The motion poster suggested a hint of horror as a scary hand slowly appears on her head. She uploaded the poster with the caption “Meet Reet. Don’t be fooled, She’s not so sweet. #BhoolBhulaiyaa2 releasing in cinemas on 20th May 2022!” This movie marks Advani’s second horror-comedy after Akshay Kumar starrer “Laxmii”.

The most talented and versatile actor, Tabu adds a spark to the film by appearing with these Gen-Z actors. She acted in some of the best films of all time, such as Drishyam, Andhadhun, Golmaal Again, Hum Saath – Saath Hain, etc. Apart from this film, Tabu’s upcoming films include Vishal Bhardwaj’s “Khufiya” with Ali Fazal. The film took its story from the popular novel “Escape to Nowhere” by Amar Bhushan. Tabu also awaits her fans with “Drishyam 2”, and “Bholaa”. Both these films collaborate her with her favourite co-partner on-screen, Ajay Devgn.

After Kartik’s Rooh Baba and Kiara’s Reet, one by one, everyone’s looks come out on Instagram. She shared a motion picture in which she seems scared with an eerie reflection of hers in the mirror. Tabu features in the poster with straight hair in the front and a reflection of curly hair in the mirror behind her. She shared it with the caption “A devil or an angel? Or somewhere in between…” T-Series shared the same with the caption, “This time, no one will be spared, not even you (with a devil emoji)”. See her look at https://www.instagram.com/tv/CcpFGQxP9WH/?igshid=YmMyMTA2M2Y=

Though nobody revealed her name, Kartik Aaryan calls her “Fav. Bhabhi of Rooh Baba” in the caption. Meanwhile, Kiara also shared the poster of Tabu with the caption “Don’t trust everyone. Looks can be deceptive too”. All these point us towards something not-so-simple with her character. Her looks definitely seem deceptive, as spotted in the video itself. The filmmaker Aseem always wanted to work with Tabu. While talking about her role, he says that Tabu plays a role as never before. She comes out with a completely new avatar and has not been seen earlier doing any such role.

Other actors, like Rajpal Yadav, are assumed to be playing the same role as in Bhool Bhulaiyaa. He played the role of Chhota Pandit originally.

Fees of the Actors

Kartik Aaryan, as decked up as never before, with Bhool Bhulaiyaa 2, Shehzada, Freddy, etc. With so much in demand, the fees of this actor also rose to heights. From 1.25 lakhs for Pyaar Ka Punchnama, he hiked his fees to a minimum of Rs 20 crores per movie. For Bhool Bhulaiyaa 2, the sources revealed that he signed a deal for around Rs 20-25 crores. Though the other two actors’ fees have not been revealed, it can be assumed that their fees might be less than Kartik’s fees.

Though the film releases under the same name as the first part, the filmmaker Anees Bazmee recently revealed that the second part doesn’t have anything in common with the first film. In fact, it doesn’t even start where the old film ended. This part seems like a completely new form of a story, without any continuations or takeaways from the last film. According to the reports, unlike the first part, Akshay Kumar and Vidya Balan starrer, ‘Bhool Bhulaiyaa 2’ hardly contains any psychological aspects. In fact, the director revealed that the film revolves around a ghost story.

Furthermore, Anees Bazmee reportedly stated that the makers wished to revive the franchise and so they went ahead with the same title. He also added that to live up to the title, they filled the movie with some common elements. As the name ‘Bhool Bhulaiyaa’ describes a maze, the movie’s sets include sprawling haveli with several pathways. The film might have Kartik Aaryan and Kiara Advani step into the shoes of Akshay Kumar and Vidya Balan as the lead actors.

The ‘Shree Ganesh’ for the shooting of this film took place in October 2019, but the release took quite a toll on the filmmakers. Originally scheduled for its release on the 31st of July, 2020, the movie postponed the release due to the COVID-19 pandemic. Later on, the movie prepared itself to release on 25th March 2020 but to avoid the clash with SS Rajamouli’s RRR, they postponed the release further to May 20, 2022. As of now, the movie and the makers are all set to release the film on the scheduled date. The stars of this film open up about each other every upcoming day on their social media handles. The fans await the release of this film, starring some of the finest actors of Bollywood.

Though the movie did not continue the series of Bhool Bhulaiyaa, the fans might expect the makers to deliver something exceptional. With the first movie’s extraordinary success and fandom, the viewers’ expectations have reached heights. Major roles, like Manjulika, come back in this film with a twist. Akshay Kumar’s charisma acted as a plus point in the first film. Let’s see if Kartik Aaryan could step up into the shoes of Akshay and deliver the same level of experience. Let’s wait and watch if Bhool Bhulaiyaa 2 matches up to the expectations of the audience. 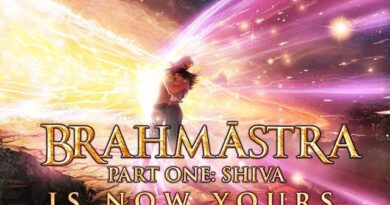