Karan Johar makes a Comeback as a Director after 5 Years : Ranveer and Alia to collab once again after Gully Boy

Karan Johar took to instagram to announce his next big project, a film that will mark his comeback as a director after 5 years. He last directed Ranbir Kapoor starrer Ae Dil Hai Mushkil, with pivotal roles of Anushka Sharma and Aishwarya Rai Bachchan. Although Karan Johar has been producing quite a lot of films; but it has been quite sometime for him since he went behind the lenses. Allegedly Ranveer Singh and Alia Bhatt will be seen together once again after Zoya Akhtar’s Gully Boy.

Yet Another KJo’s Heart-warming Love story?

When it comes to Karan Johar films, one thing always clings to it that it’s going to be a Love Story. But will it be like his usual directed movies? Movie where we get to see the “shiddat wala pyaar” and an emotional heartbreak? A tragic love story or a happily ever after? Although Karan Johar did mention that it’s going to be an eternal love story, which is truly immersed into the roots of love and family.

The film stars Ranveer Singh and Alia Bhatt in the lead role, and it will mark their second collaboration after Zoya Akhtar’s Gully Boy. The movie will release in 2022, and the shooting will start soon. Reportedly, the movie will also star big legendary actors like Dharmendra, Shabana Azmi and Jaya Bachchan in prominent roles.

Karan Johar played the role of Shah Rukh Khan’s friend in Dilwale Dulhaniya Le Jayenge. But maybe he felt that he wasn’t cut out for acting, after which he went on to direct Kuch Kuch Hota Hai which turned out to be a superhit. Moreover, it didn’t take much time for him to turn his name into a brand. He went on to become a director as well as a producer. Dharma Productions is one of the biggest production houses in the country, which has produced as well as co-produced big movies.

Announcement Of Karan Johar’s next

On 5 July 2021, Karan Johar posted on his Instagram feed where he mentioned- “This is the beginning of a new journey & my way back home – all at once. It’s time to go back to my favourite place, it’s time to create some eternal love stories from behind the lens. A very special story, truly immersed in the roots of love and family. Announcing my next film tomorrow at 11am, watch this space for more! “

We are very eager to see what Karan Johar has in store for us this time? A blockbuster once again? Although KJo has been often criticised for starring star-kids in his movies, and marking their debut in the Bollywood Industry; but its a fact that some of them like Alia Bhatt are real talents. Also, did you know? when Karan Johar had seen Ranveer Singh for the first time in the poster of Band Baaja Baraat, he was quite shocked as he didn’t expect him to be a good actor and also judged him on his looks. But now the situation seems quite the opposite, right?

Also Read Ranveer Singh: A journey of Aspiration to recognition – from bittu to Alauddin Khilji 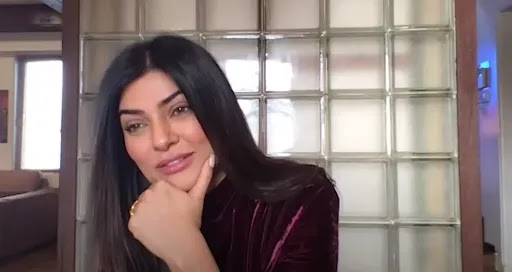