Varun shares a picture saying ‘Miss you’ to both Kriti and Ziro!

Varun Dhawan and Kriti Sanon are starring in lead roles in Bhediya. Amar Kaushik is the director of the film, Bhediya. The film is set to hit the floors on April 14, 2022. Varun had also shared a teaser to announce the film.

Kriti and Varun were shooting for the film in Arunachal Pradesh. The team had been shooting in Ziro, for some time now. Bhediya produced by Dinesh Vijan, also stars Abhishek Banerjee. This film is the third part of producer Vijan’s horror-comedy franchise. The franchise includes the 2018 hit Stree starring Rajkummar Rao and Shraddha Kapoor, and the latest Janhvi Kapoor-Rajkummar Rao starrer Roohi.

Kriti and Varun on their sweet note to ‘ZIRO’!

Kriti Sanon, the lead female actor has wrapped up the schedule of this film. Sharing some adorable pictures on Instagram, Varun Dhawan was seen giving a piggyback ride to Kriti as she finishes shooting for her portions in the film.

Both the actors took to their social media handles to throw an insight into this beautiful picture. Varun pens a sweet note for Kriti. Varun was donning a grey t-shirt with a navy blue jacket and denims with his “long” signature beard these days. Kriti looks flawless and cute wearing a knitted pink jumper with denims.

Varun while taking to his Instagram handle shared his post and captioned it, “Kya lagti hain hai Rabba…. Bohut maaza ayya apke saath @kritisanon #wolfpack. It’s a sched wrap for Kriti on #Bhediya as we say bye to ziro. Will miss you both.”

Kriti Sanon also took to her Instagram handle to share, “And it’s a schedule wrap for me in Ziro for #Bhediya! From Dilwale to Bhediya and all the years of friendship in between, we’ve come a long way @varundvn….Gonna miss you, the captain of our pack @amarkaushik and the entire wolfpack… See you guys soon!! And bye bye Ziro.”

Varun and Kriti both have their exciting projects coming up soon!

Bhediya is gonna create a buzz once again!

Also Read: Kunal Khemu shares his household life| What is he doing? (rbollywood.com) 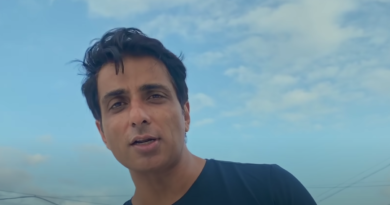