Bollywood Stars to have their own Celebrity crush. They admire and look up to their talents as a part of the inspiration. See your favourite stars and their crushes you didn’t know about!

Saif Ali Khan to Ranbir Kapoor: Check these celebs Hollywood Crushes. Bollywood stars are also popular across the globe. The exposure to Indian celebs and films are also releasing overseas has increased over the years. All these B-Town celebs have a crazy fan following, their fan base strongly loves and adores them. Did you know that these Bollywood celebs we are crushing on also have crushes and are star struck on other celebrities?

Saif Ali Khan to Ranbir Kapoor: Check these celebs Hollywood Crushes. Let’s have a look at some of your favourite Bolly stars who have some major crush on these Hollywood celebs!

Saif Ali Khan: The ‘Chote Nawab’ who is happily married to the gorgeous Kareena Kapoor also has his crush in Hollywood. He really adores Raquel Welch.

Mary Kom star is said to have a huge crush on Gerad Butler. She married her love, Nick Jonas but it doesn’t change the fact that she has a huge crush on Butler. As per reports, there were rumours of their special friendship when the star visited India. However, none of these speculations turned out to be true. Can’t blame her, the Scottish man is also charming as hell and she is gorgeous too. Pee Cee also has a crush on Robert Pattinson too.

King Khan’s biggest Hollywood crush is Angelina Jolie. She is the picture of femininity also with a flair for rebellion. The B-Town star said that he would love to work with her and will not think twice before accepting the offer.

The gorgeous Padmaavat actress also successfully managed to print her talent in the Hollywood industry as well. She also has a major crush on Leonardo DiCaprio. Deepika also revealed in an interview that she even has a huge poster of ‘Leo’ in their bedroom.

The hottest macho man of Bollywood also has a huge Hollywood crush that is even hotter. He crushes over Scarlett Johansson, one of the stunning actresses in Hollywood.

Akki, also a martial arts expert is a huge fan of Jackie Chan. He also always takes inspiration from this living Karate expert.

Shraddha drools over the macho man look. And for this reason she drools over her Hollywood crush Brad Pitt.

Bebo’s Hollywood crush is also Leonardo DiCaprio. Everyone who saw Titanic in the 90’s also had a massive crush on Leo. Kareena drools over his charm.

The cute Preity has a crush on the slightly crazy, but the undoubtedly talented and handsome Tom Cruise.

Classy lady Kriti admires of one the gorgeous and evergreen beauty from Hollywood. She adores none other than Julia Roberts.

Rani loves Brad Pitt. This Hollywood hunk ages like good wine. He also transformed from a super cute guy to a gorgeous silver fox. Women of all ages over the world also admire him for his charm and persona.

Young talent from Bollywood, Janhvi also has a big teenage crush on Tom Cruise. She is also a huge follower of Hollywood.

Ananya, this youth icon is a crazy fan of Hollywood movies. Her huge Hollywood crushes are Tom Hiddlestone and Leonardo DioCaprio.

The energy box of Bollywood has a multiple Hollywood crushes. Ranveer is mad about the beauty of Megan Fox and Scarlett Johansson. He admires their talent very much.

Alia, this young talent is massively a huge crush for many people in Bollywood. She also has a huge crush on these Hollywood stars: Jim Carry and Tom Cruise.

Mr Perfectionist of Bollywood, Aamir admires the iron man of Hollywood. He is inspired by this supreme talent and acting skills. His crush is Robert Downy Jr.

Hrithik’s childhood Hollywood crushes are really hot. They are Helen Hunt and Julia Roberts. This hot and extremely talented actors from Bollywood admires their persona and beauty.

This handsome hunk of Bollywood is mad about the Hollywood actress, Angelina Jolie. We see why?  At 44 she’s directing movies, raising a whole bunch of kids and still looking fine af. What’s not to like? She is a pure bunch of talent that one would love to admire.

Ranbir crushes over Jessica Biel. He mentioned his love for her in many interviews. He admires this gorgeous lady from Hollywood.

Saif Ali Khan to Ranbir Kapoor: Check these celebs Hollywood Crushes. So, these were some of your favourite Bollywood stars who massively had huge crushes on these Hollywood celebs. Hoping to see these B-Town stars collaborating for projects with their crushes and making their fans go crazy! 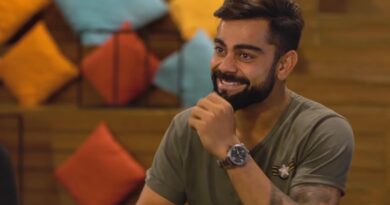